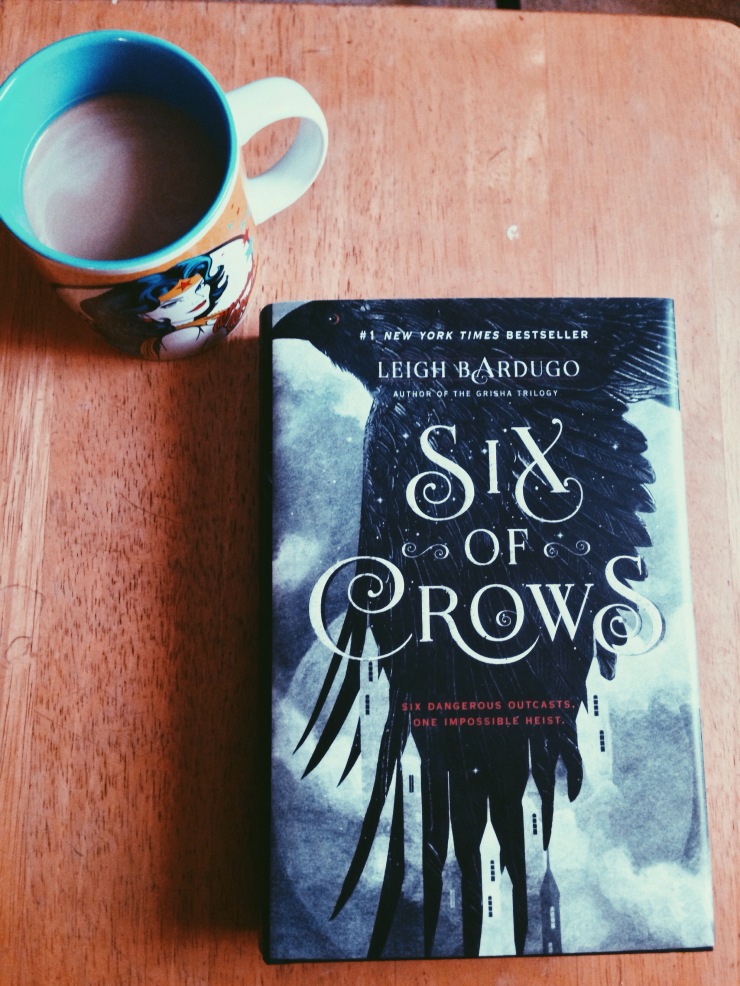 I picked up Six of Crows by Leigh Bardugo a few days ago when I went to Barnes and Noble to prepare for the big snow we just had. Yes. You heard right. While everyone was worried about running out of milk and toilet paper, I was worried about not having anything to read. So I of course bought Clockwork Prince by Cassandra Clare. I knew I needed a second book at least and since I had it on my to-read list I went ahead and purchased Six of Crows.

I had heard nothing but good things about this book and while I don’t really like to jump on the bandwagon… This is one bandwagon I am glad I jumped on! The book was released in October of 2015 and it’s sequel is suppose to be coming out in the fall of this year. So it is still relatively new.

This is one book that I will not go to in depth because this is one book that you really do have to read and you should read it without being spoiled. I honestly had a hard time putting the book down. The world, the characters… I loved it. I was sorry to see it end and anxious for it’s sequel.

The plot was so well done that I took in every word and was surprised.

Six of Crows is about six dangerous outcasts who team up to perform a heist that is impossible. We get to know: Kaz, Inej, Jesper, Nina, Matthias and Wylan. The wonderful thing about these characters is you end up caring about all of them. They are each different and unique and all go so well together. I want to be apart of their crew now! I am talking major squad goals!

You don’t have to read the author’s last series to read this. Which is nice. I do, however want to try and read the other series to learn more about Grisha’s and the different powers they have. Six of Crows does a fantastic job explaining the gist of who Grisha’s are but I would love to learn more.

With that being said: Go and read this book! If you read it or you already have; let me know in comments!

Till my next review!